The Best Podcast Mic on the Market 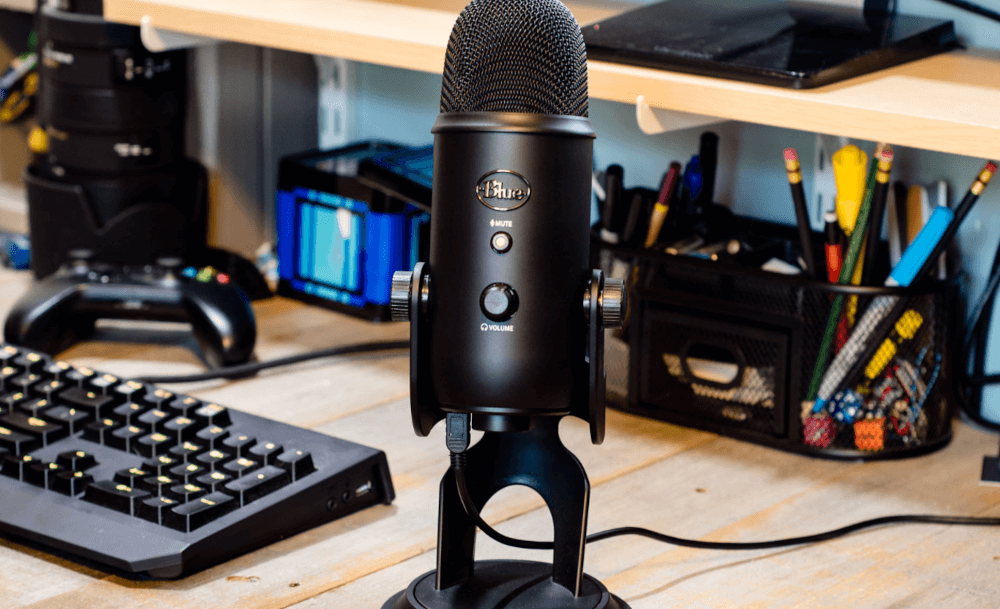 You’re still using the built-in Apple headphone mic. It’s raucous. Get a mic. Your video conference team will thank you for it. There are a lot of microphones out there, but the Yeti is the best value. So you don’t blast through everyone else, the mic is small enough to fit on a desk. It’s easy to use, just plug it in and switch the input. It’ll tenfold your digital sound quality.

The Blue Yeti microphone works well in many recording situations and is reasonably priced.

I wouldn’t recommend the Blue Yeti USB microphone to everyone.

In this Blue Yeti review, we’ll look at the features, the sound quality, and who it’s best for.

Input sensitivity is controlled by gain. A dial on the back controls this. Since most USB microphones don’t have this feature, adjusting gain levels in software is required during recording.

It’s nice to be able to quickly reduce the gain to avoid overloading the mic when people get loud. If that happens, no software can fix it.

The mute button is another unique feature of this USB mic. It also has a red LED that changes from solid to flashing when muted, so you can tell at a glance.

The Blue Yeti requires no software or drivers. Start recording by connecting the included USB cable to a USB port.

Blue recently released software to download updates and adjust settings (Blue Sherpa), but it is optional.

The Blue Yeti comes with a sturdy stand. In fact, since you should be speaking from only a few inches away, I would skip the stand and immediately get a boom arm or mic stand.

See the accessories at the end of this review.

The Yeti is a heavy microphone. So it won’t work with any stand. Add a shock mount and it’s no joke!