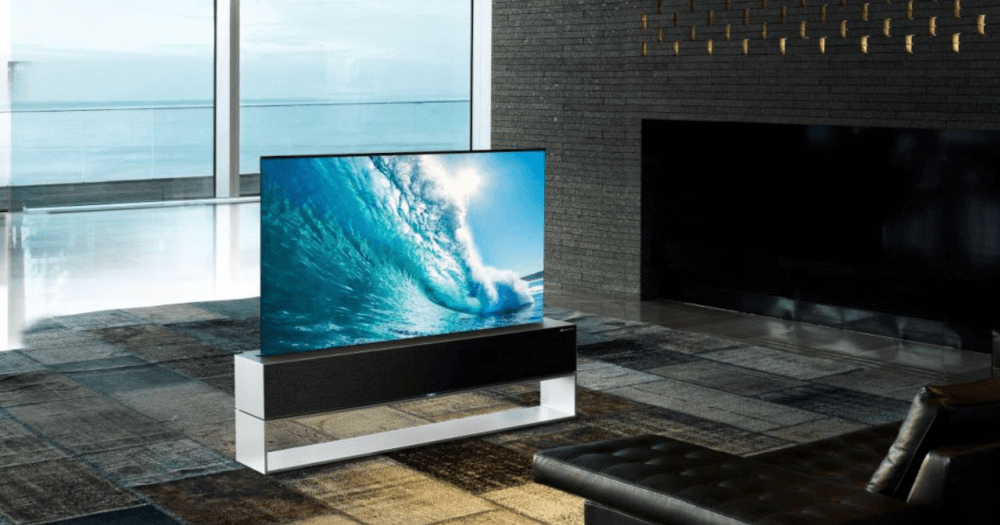 LG announced earlier this year that its rolling, disappearing OLED smart TV would be available in the United States by 2020. (assuming the pandemic does not derail the plans). According to CNET, all you need to get started is a reported $60,000 investment. A $60,000 65-inch TV with a view that can be blocked and unblocked is the antithesis of “less screen time,” but it has a place in the home. This screen has been thoroughly tested to ensure years of reliable service (no breakage or dents). As a result of technological advancements, the way we watch television is changing.

The cabinet’s top features a motorized sliding door cover that can be rolled over to conceal the screen when not in use and then returned to reveal the television.

This television has three different viewing modes, including Full View, which allows you to watch broadcast television while also playing games on a 65-inch screen. The Line View only shows a portion of the screen and can show the Clock, Frame, Mood, Music, and Home Dashboard, among other things. Finally, the LG RX OLED TV has no view because the display is hidden in the base, leaving only the silver box visible through the glass.

The LG RX TV has a 65-inch OLED screen that emits light from individual light-emitting pixels rather than the separate back light found in traditional LCD televisions. Aside from that, the resolution of this TV is 4K UHD (3840 x 2160), which is four times clearer and sharper than standard definition. This resolution, with over 33 million self-emission pixels and an infinite contrast ratio, promises a truly immersive viewing experience.

Aside from that, the LG RX OLED TV has a 120Hz refresh rate and an Advanced Contrast Enhancer, which automatically adjusts both the Back light and the Picture based on the brightness of the screen.

Previous Post
The Best Podcast Mic on the Market
Next Post
“The Best Camera is The One You Have With You at All Times.”