Projectors Can Get Complicated…. But Not Anymore 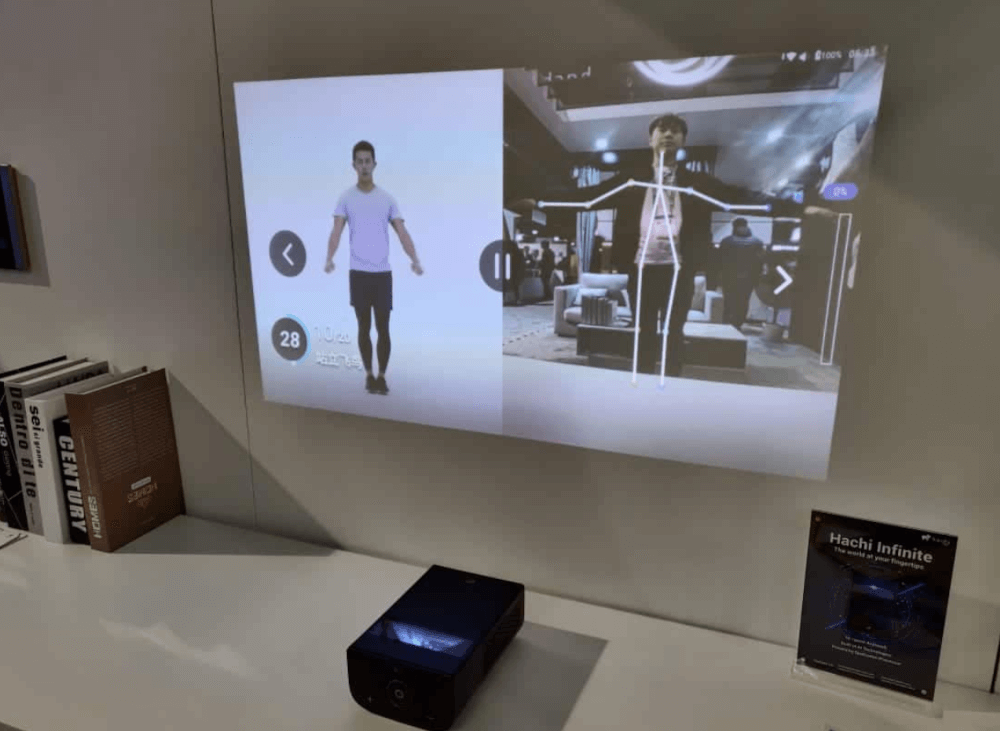 The popularity of projectors reached an all-time high this year, with people decking out their backyards and living rooms in anticipation of the widespread closure of movie theaters. Projectors, on the other hand, can become complicated, necessitating a plethora of cables and plugs to connect everything you’re trying to project. The Hachi Infinite solves this problem by including a full Android tablet system with built-in app downloads for services such as Netflix and Hulu, saving you the aggravation of figuring out how to connect a USB-C to HDMI or whatever. The Infinite’s touch sensitivity is one of its most distinguishing characteristics. When the projector is flipped horizontally, it projects normally onto a wall or sheet of paper; however, when flipped vertically, it creates a light-based touchscreen tablet that can be used on any surface. Utilize it to keep track of recipes on your counter, or to immerse yourself in some truly amazing gaming and learning experiences. Alternatively, you could set up a tablet workspace right on your office desk. The touch functionality is extremely simple to operate.

If the device is used in horizontal or vertical projection mode, it generates a 23-inch interactive touchscreen similar to that of a tablet device. The device uses computer vision to track and read a user’s touch to detect each tap on the surface instantly and without delay.

Touch interaction similar to that of a smartphone is provided by a UST projector.

In comparison to the rest of the ultra-short-throw DLP projector crowd, the original puppy cube distinguished itself by including an Android-based computer and allowing users to interact with it in the same way they would with a smartphone or tablet. As a result of the use of tracking cameras, an image projected on a flat horizontal surface, such as a desk or even the floor, could be used as a touch interface. It’s quite clever.